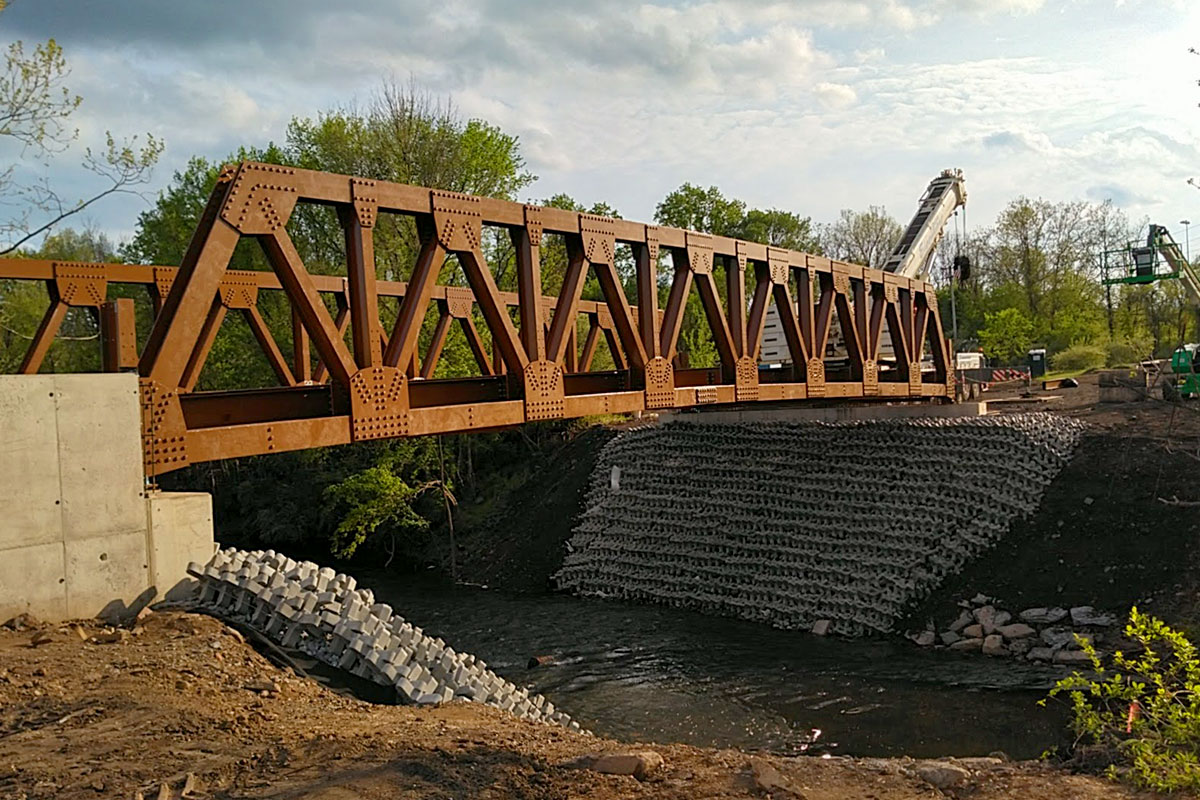 The Paradise Street Bridge was constructed as a portion of the Steelpointe Townhome Complex developed by Rockwell Custom in Phoenixville, PA . The bridge will provide both vehicular and pedestrian access across French Creek to connect the Steelpointe complex to the town of Phoenixville. It will also carry both water and gas piping to service the development. Brubacher Excavating was the site prime and hired Flyway as a subcontractor to construct the bridge. This was a very complex project for several reasons. Due to large amount of flow and scour concerns of the French Creek, micropiles were chosen to support the concrete abutments. A-jacks were then installed in lieu of rip-rap to provide scour protection for the abutments. The erection of the bridge was a major undertaking and involved two large cranes and approximately ten individuals a full week to install. The bridge was then surfaced with a concrete deck and parapet wall to keep vehicular and pedestrian traffic separate. 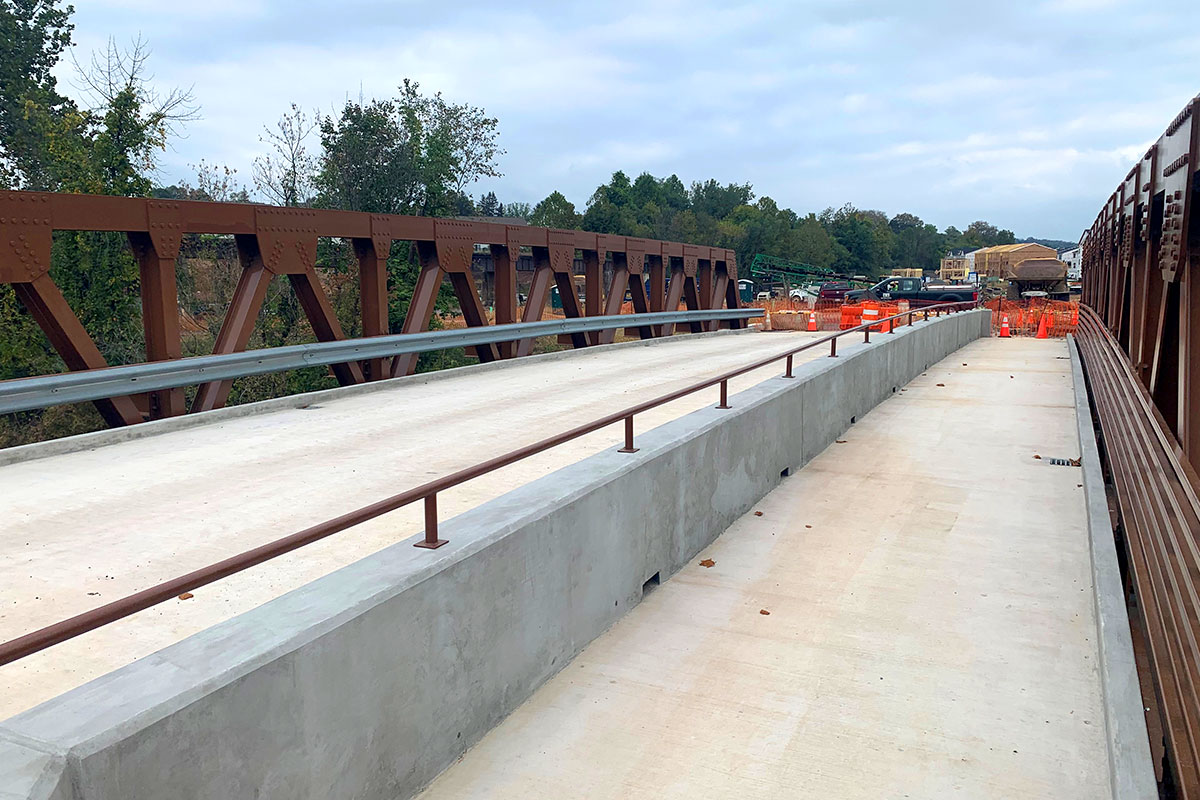 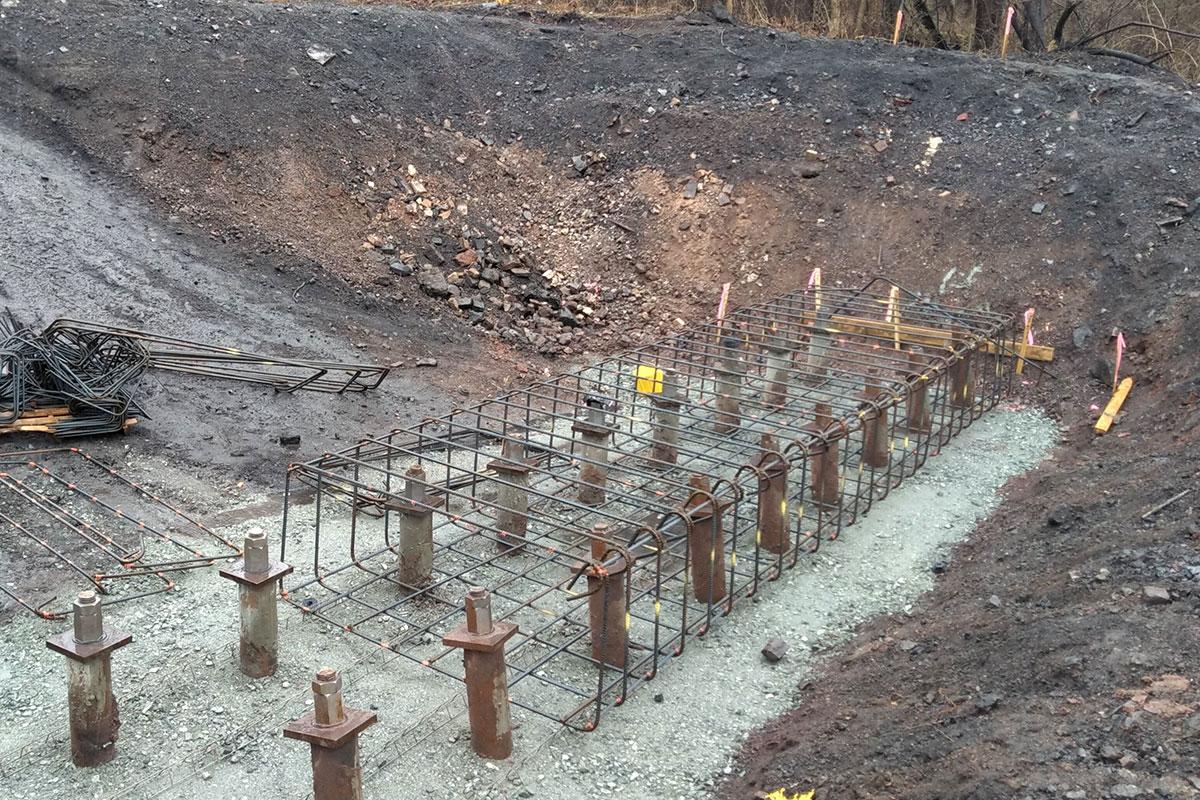 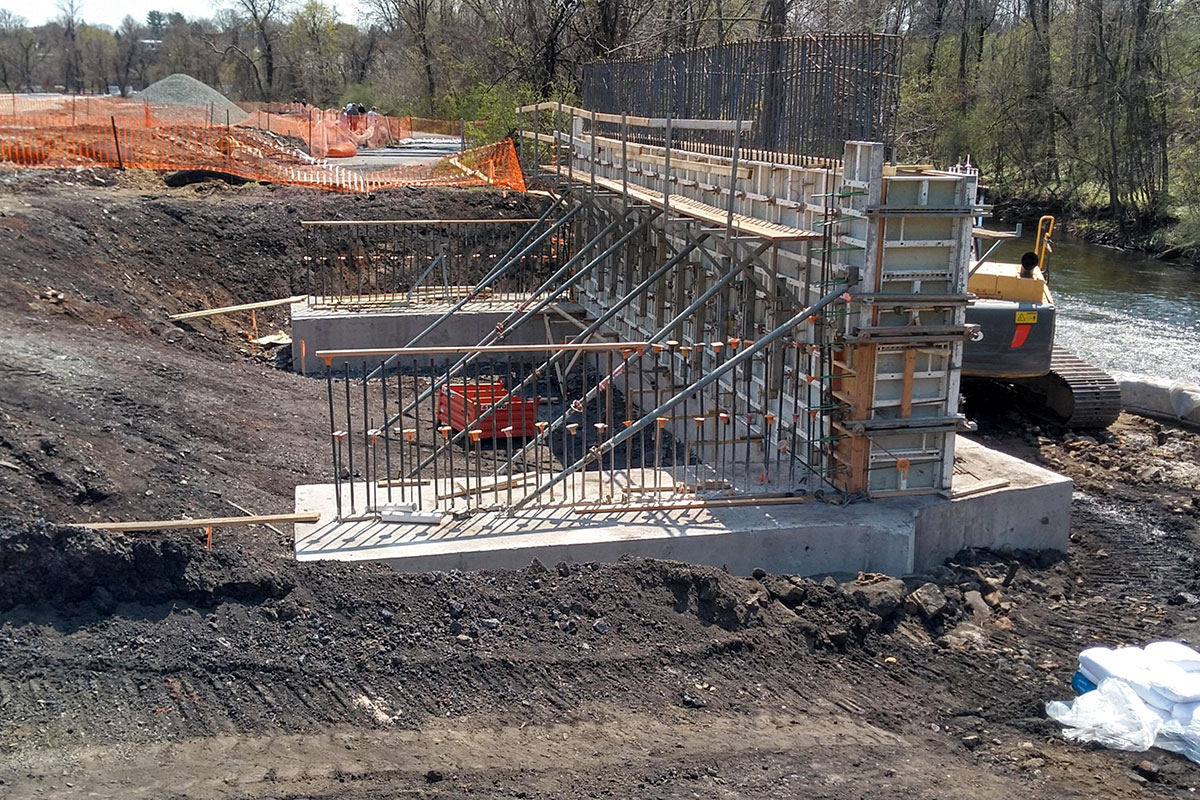 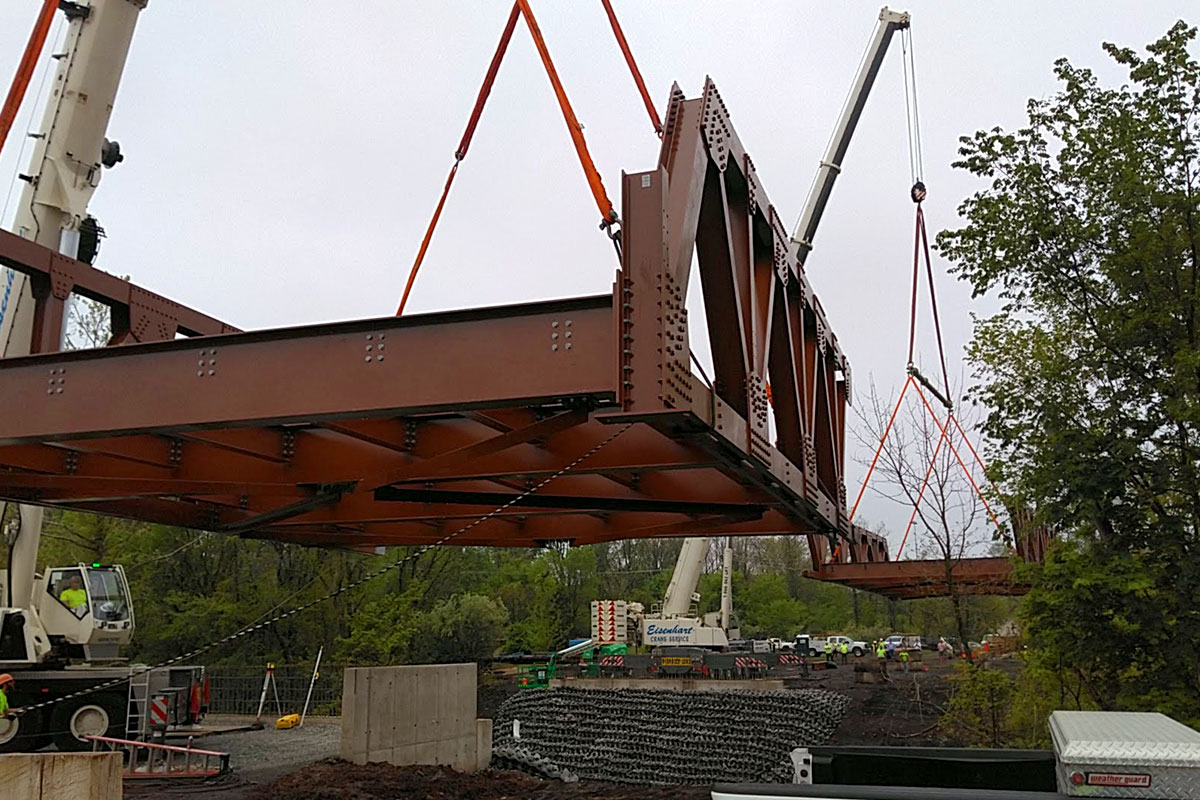