Kehm Dam was originally built in 1954 to create an irrigation and recreational pond. The earthen dam was approximately 270 ft long by 27 ft high, with a 24 ft wide concrete spillway. The Kehm Run Dam did not meet current DEP dam safety regulations and the owners decided to have the dam removed. American Rivers aided the owner in securing the proper approvals and funding for the project. The goal of the project was to reconnect approximately one mile of stream and restore it to its original form and function. The removal of the dam was completed in two phases and included dewatering of the impoundment, bypass pumping of the stream during the removal, removal of the concrete spillway and portion of the earthen dam and placement of material on-site to fill the surrounding grades. The project also included channel grading and lining with of rip-rap, and fine grading and seeding of the disturbed areas. 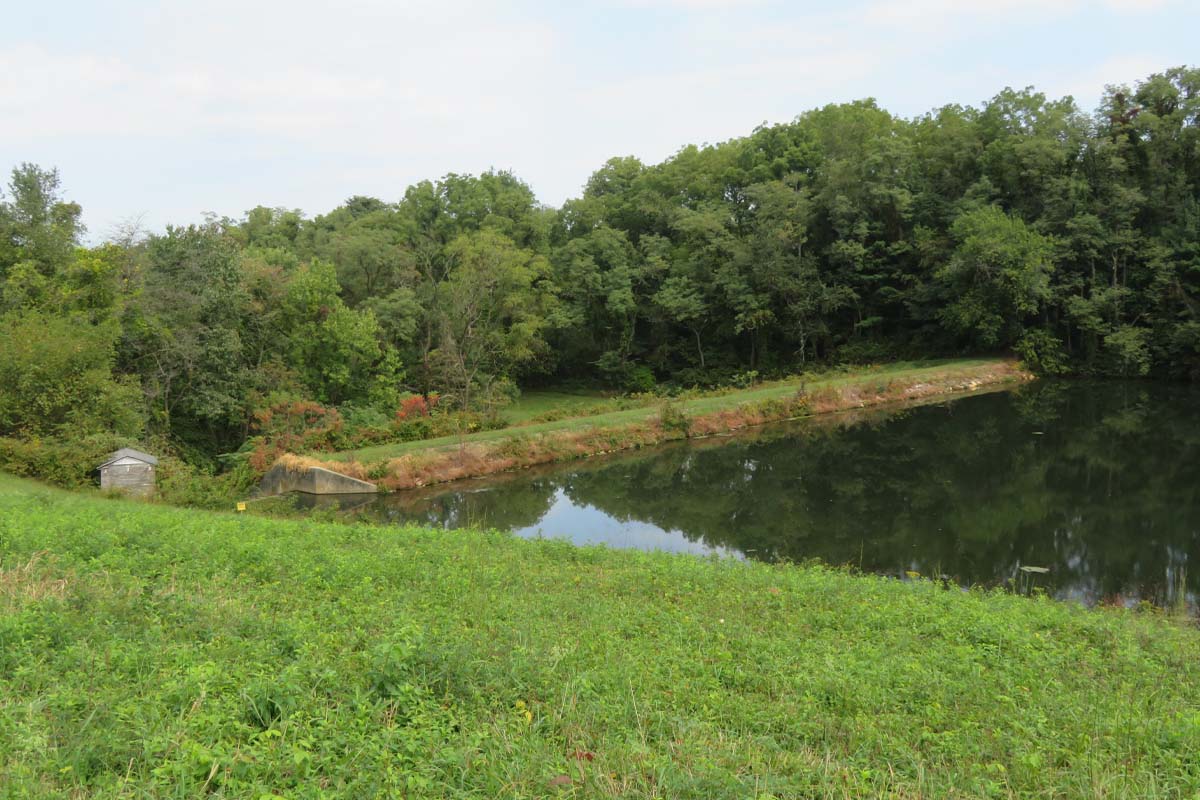 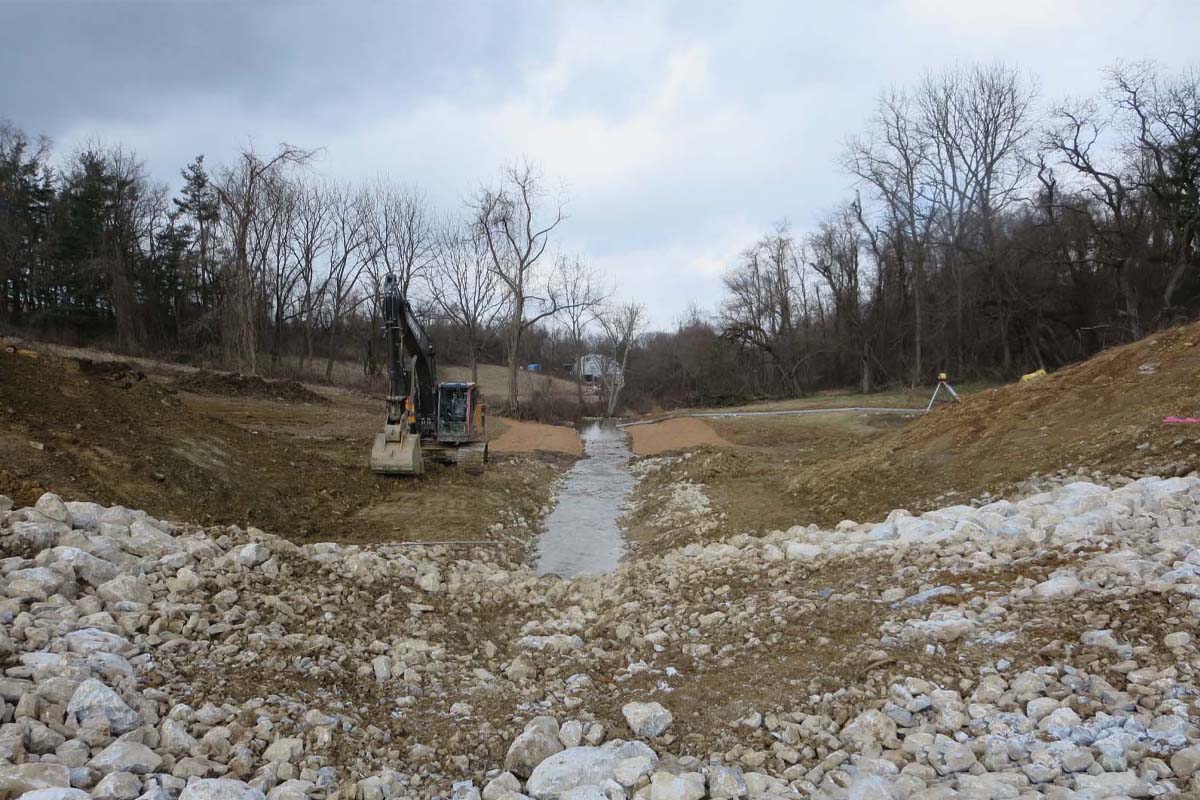 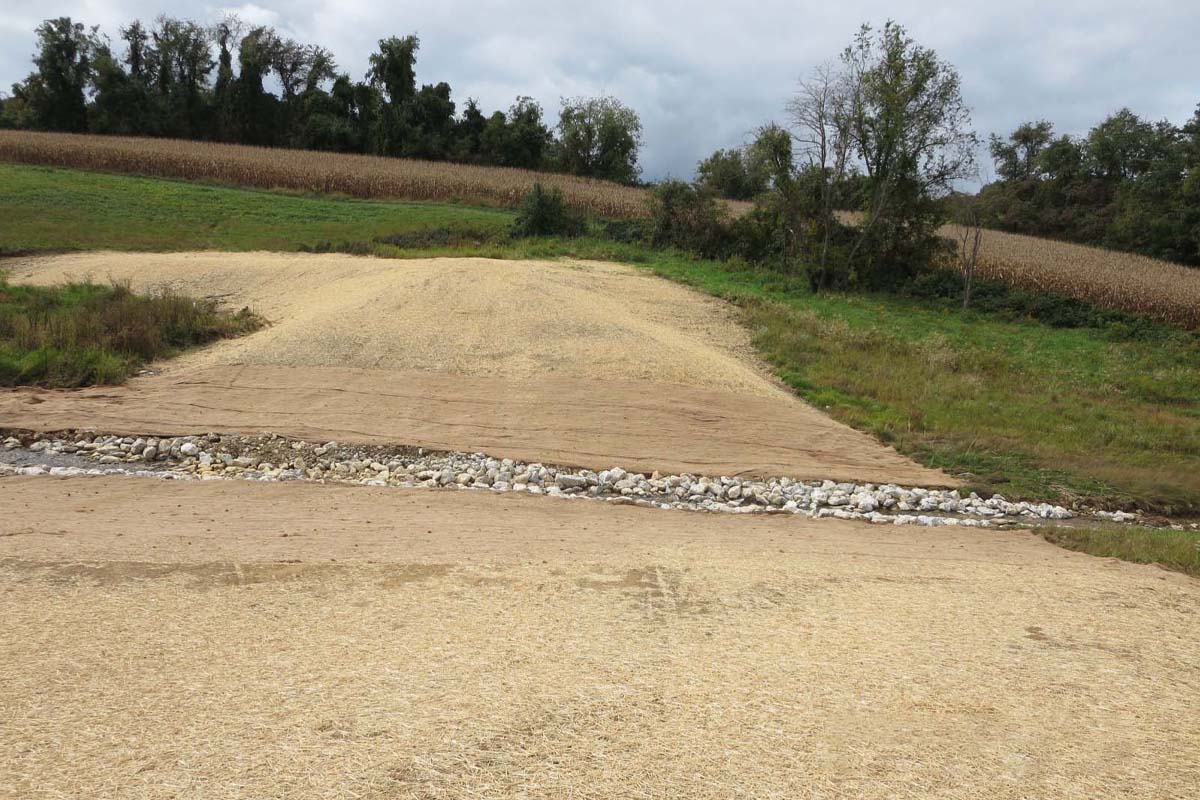 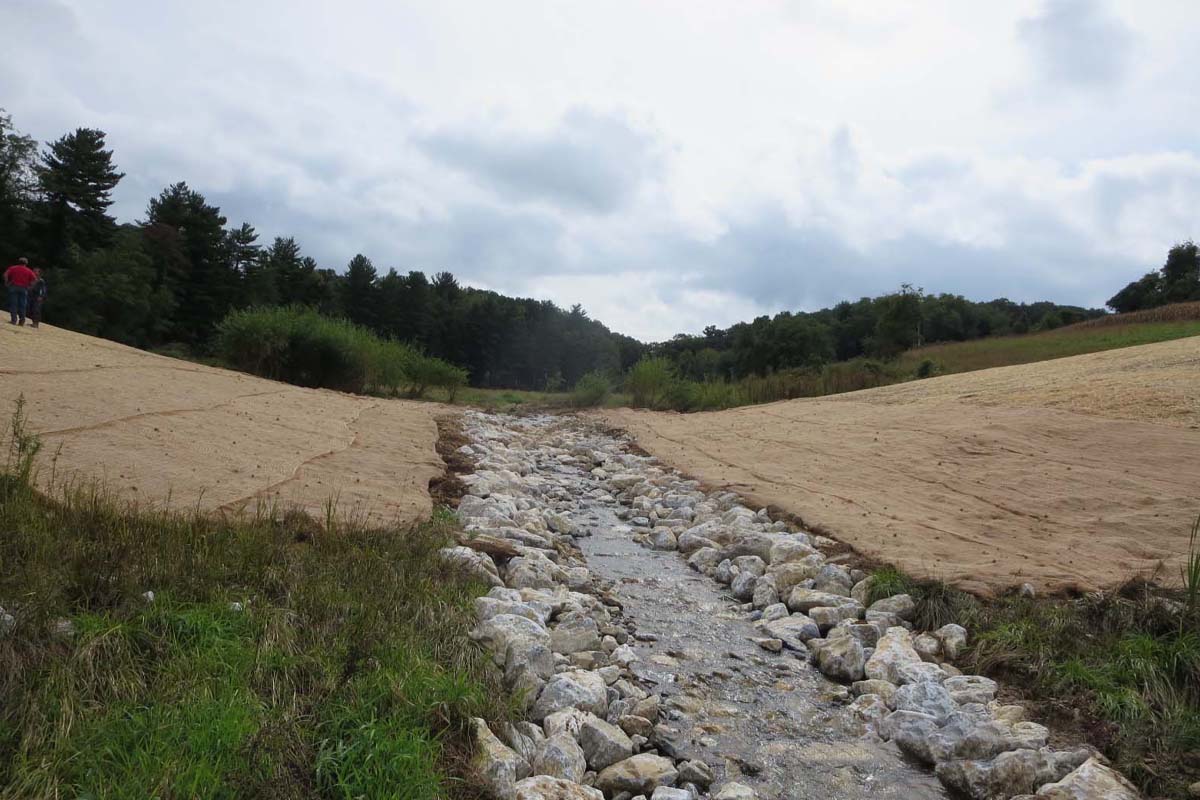