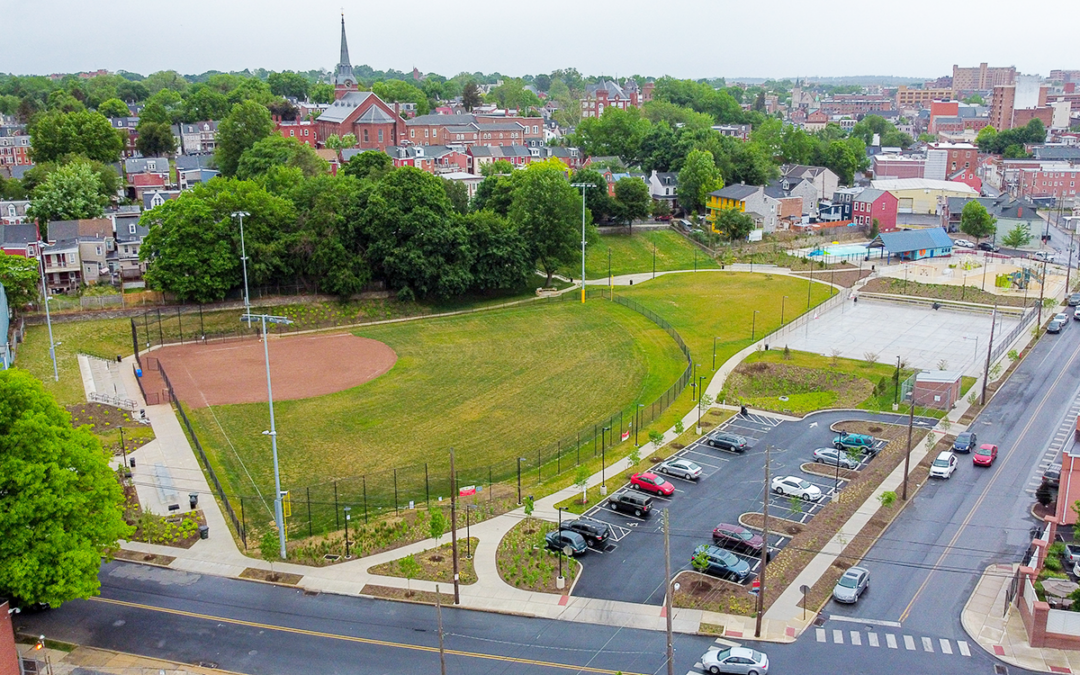 To start, the project had many stakeholders, so every aspect of design and construction was scrutinized. While this was not a design‐build project, Flyway worked closely with the city to recommend many value engineering solutions and participated in several meetings and phone calls with stakeholders to determine which ideas were feasible. Since this was a public works project and the scope underwent many changes, the project had to be re‐bid, but Flyway was undeterred, as we wanted to see the project proceed. In January of 2020, we received the green light to move forward.

The initial expectation was to begin work in February 2020 with two deadlines: have the pool open by June 2020 and the entire project completed by the end of the 2020 construction season. Everything was on track until the pandemic hit and work had to be halted. When we returned to the site on May 11, almost two months after the state shutdown began, we re‐evaluated the situation and formulated a revised plan to gain back as much time as we could.

Working with the City of Lancaster and our many subcontractors, we decided to start on the north side of the project and work south. The north side includes the pool and playground areas — the stakeholders’ primary concerns and the two areas that would require the most lead time to complete.

The other factor that influenced our decision was a 16-foot-wide, 100‐year‐old brick sewer arch that cuts through the center of the park. The brick arch limited site access, as well as the vehicle loads and construction methods possible within 10 feet on either side of it. This affected both the sequence of our work and the design. Because of weight restrictions around the arch, we could not operate the equipment needed to pave the basketball court with asphalt as originally planned. Instead, we worked with the city and RGS to design an alternative solution. Concrete was pumped into the court area, eliminating heavy equipment working around the arch.

We also encountered an old building foundation when excavating an infiltration bed in the parking lot area. To protect the integrity of the parking lot, we installed an engineered soils mix. This solution was not only cost-effective, it kept us on schedule too.

Thanks to proper pre-job planning, clear communication between all parties, attention to detail, and the quality of our subcontractors, the Culliton Park project was completed on time, at the end of the 2020 construction season. (The opening of the pool was postponed to spring 2021, because of the pandemic shutdown in 2020.) The City of Lancaster and their engineer, RGS Associates, were extremely satisfied with the work performed, and we were proud to help revitalize this important community resource.